My wife and I enjoy watching Christian Movies more so in the evenings after service. We particularly like those that have a great Christian moral tied to them.

Overtime, we have watched many of these mentioned here but these are those that have stood out and I would recommend them to you. They are actually a starting point for a conversation if you have family and friends visiting and you would like all to relax and view a blessed film. Personally, I believe that Christian Movies or Christian Films are both a tool for education and evangelism.

Again have them in your library.

I have placed them from number one to … (I will be adding more each time) but get any of these Christian movies, they will bless you.

Use this FREE offer to try out any of these movies...

Ben-Hur got an unprecedented 11 Academy Awards® including Best Picture and Actor (Charlton Heston) in 1959.

Judah Ben-Hur boyhood friend Messala becomes fanatical in his loyalty to Rome and consequently makes him a powerful enemy and Judah Ben-Hur is found guilty of an attempted murder he did not commit. Together with his family, they are banished and he is enslaved on a warship. He escapes and becomes a horse trainer. So as to revenge, Ben-Hur decides to compete against Messala in the Roman chariot races. They race, locked in a battle to the death. Barely surviving, Ben-Hur forsakes the sword for Christ and finally finds redemption. A very joyful end. 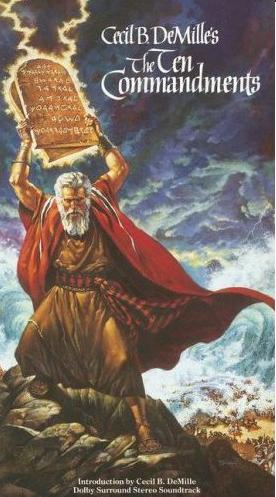 The Ten Commandments. Filmed in Egypt and the Sinai with one of the biggest sets ever constructed for a motion picture, gives us the story of the life of Moses (Charlton Heston), who was once favored in the Pharaoh's household but later turned his back on the privileged palace life to lead his people, the slaves to freedom. Believers will see a picture of the redemption granted to us through Christ and celebrate the victory of God over the forces of darkness. Friend, no slavery lasts forever, in His time, freedom comes.

Get a copy of The Ten Commandments 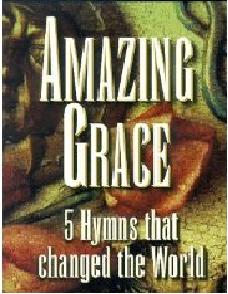 We sing these great hymns but hardly do we know what these dear ones went through. Many people around the world sing these precious songs that give hope and revival. Welcome and journey through the lives of these ordinary people who through God’s Spirit were inspired to compose the extraordinary songs which include "Amazing Grace", “It is Well with My Soul", "Silent Night", "How Great Thou Art" and "What a Friend We Have in Jesus." I pray that God will powerfully minister to you as you listen to the stories of these dear ones in Jesus Mighty Name, Amen. 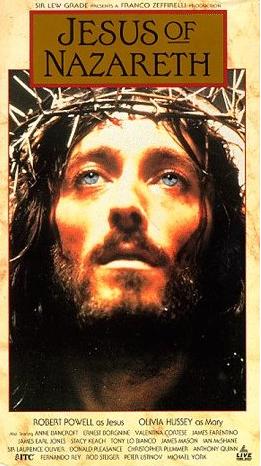 The film begins before the Nativity and extends through the Crucifixion and Resurrection of Our Lord and Saviour Jesus Of Nazareth. This Christian Movie brings clearly depicts the life, the majesty and drama of the life of Jesus (portrayed here by Robert Powell) as told in the Gospels. Two decades have passed, yet JESUS OF NAZARETH remains the greatest motion picture on the life of Jesus Christ of Nazareth second to none. This is a great viewing that is not only good for the seasoned Christian but also a great Christian Movie for seekers and those interested in an intelligent approach to the life of Jesus Christ. May you be blessed as you view them in Jesus Mighty Name, Amen. 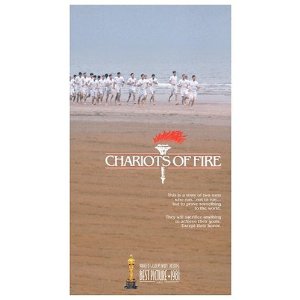 Chariots of Fire is one of many peoples favorite Christian Movie. It features the true life story of two Olympic runners, Eric Liddell (Ian Charleson) and Harold Abrahams (Ben Cross), who ran for Great Britain in the 1924 Olympic Games and brought home the Gold. The story is not the gold or the race but the faith associated with these two runners. May God help you use your gift to His glory in Jesus Mighty Name, Amen.

Miracle of the Cards 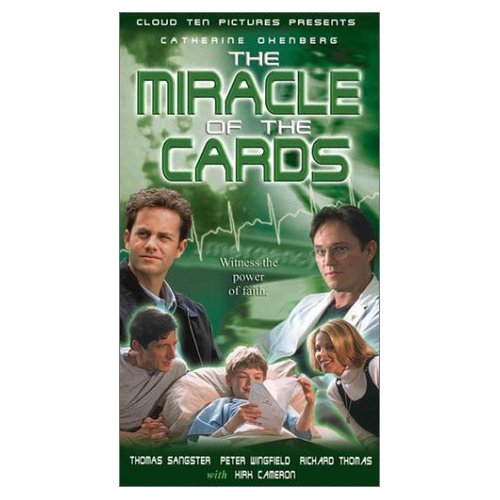 The Miracle of the Cards is one of those Christian Movies that will bring tears to your eyes and make even the toughest skeptic examine their own faith. I cried when I watched this film. Craig Shergold (Thomas Sangster) is an eight year old cancer patient who, during the course of his treatment, manages to shock the world by breaking The Guinness World Record for receiving get-well cards, amassing an astounding 1.3 million cards from around the globe. The events leading to this are very riveting and you will find yourself fully glued to watch the events as they unfold. Amazing as this is, it's only the beginning of the miracles. A skeptical reporter (Kirk Cameron) is sent to investigate the "real facts" behind the so called “miracle”. He is expecting to uncover an over-sensationalized account of God supposedly intervening in the lives of faithful believers. What he finds is extraordinary. Nothing close to what he's expecting. You will be blessed by this story of love and faith in the face of death.

The fact that this is based on a true life story is chilling in itself. 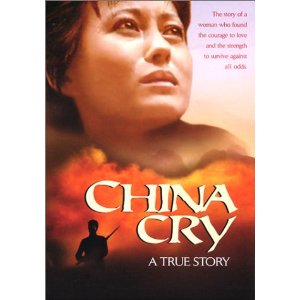 This Christian Movie is the incredible story of Nora Lam, a woman whose unwavering faith in God leads her to go through many upheavals in life than most people ever experience in a lifetime. Her story shows how the Christian church survived under the atheistic communism rule in China. But it is more than this. I beseech every believer to buy this; it will help you even pray for our dear brothers and sisters all over the world. 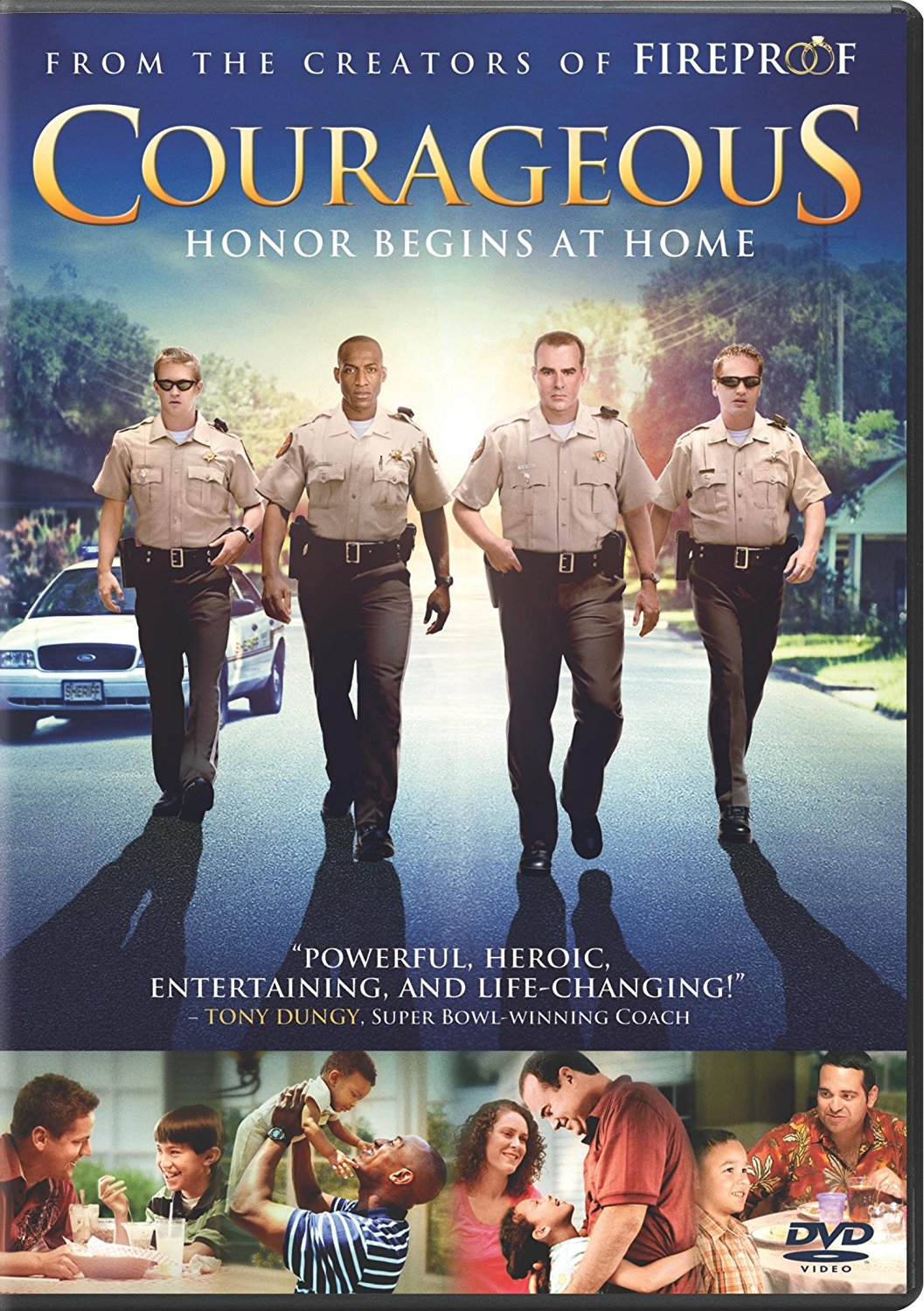 This is a great Family Movie to watch. Let me share with you what was mentioned on Amazon as a review...

A Memorable and Powerful Movie!

This movie deserves more than 5 stars, if I could give 10 or 15 I wouldn't hesitate one second. It tells a powerful and timely story about the role of the father in the family.

Having grown up in a family that had been split by divorce when I was 2 years old, I have no remembrance of my parents ever living together. Living first with my mother and her parents and later with my mother and a step-father who resented my very existence. I have no memory of a close relationship with a father figure. It would be difficult for me to evaluate what was missing from my life but it did leave a hole which is hard for me to define... 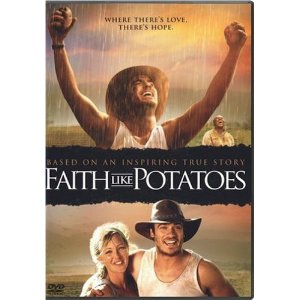 God can answer by fire; God can answer by rain; God can answer in any way that He deems fit. This Christian Film is of a farmer moves his family to South Africa and suffers a series of major losses. Through unlikely friendships and much needed divine intervention, he discovers his life's true purpose and it sustains his unwavering belief in the power of faith. This is a very moving life journey of a man who, like his potatoes, grows his faith, unseen until the harvest.

The Passion of Christ. 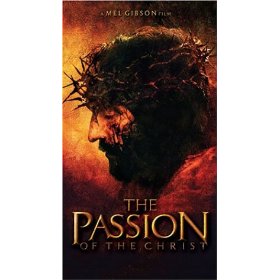 This movie depicts the life and suffering of Christ in a way that has never before been presented before. It is very moving, it is very detailed, it is truthful of what Our Lord and Saviour Jesus Christ went through. It is so graphic that you won't soon forget it. I recommend it to believers and non believers alike. Indeed, to everyone, however it is too intense for children. Do not let children under the age of 13 yrs see it. God has used it to draw many to Himself where it has been shown public. I recommend it wholeheartedly.